A Few Moments with Kathleen Rodgers 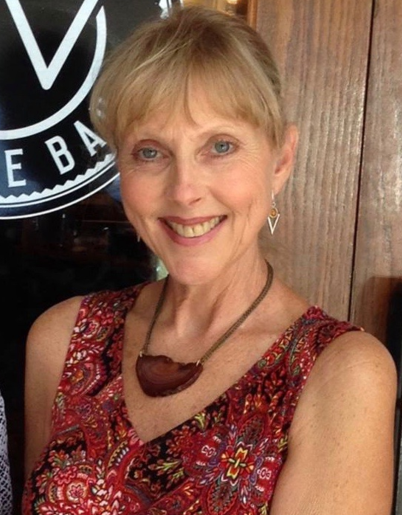 I first had the opportunity to interview Kathleen Rodgers back in mid 2012 while she was seeing a resurgence of her first novel, “The Final Salute.” Today, I am proud to offer my readers this brief glimpse into the mind of this fine author here in 2016 while she is enjoying new success from her second novel, “Johnnie Come Lately.” Now for the interview…

First, congratulations on your success with Johnnie Come Lately and the upcoming sequel. Second, thanks for taking the time to visit with us today.

1. Now that you are working on a sequel to Johnnie Come Lately, is this your first go at serializing a character? How does this feel versus writing one-off characters?

KR: Yes, this is my first go at serializing a character in a sequel. The challenge in Seven Wings to Glory is to bring back the same basic lineup of characters from Johnnie Come Lately (give or take a few) while introducing a couple of new characters and upping the stakes for all of my story people.

2. Do you envision a long series of Johnnie books?

KR: Unless I hear a big outcry from readers for more Johnnie stories, I plan to retire Johnnie Kitchen after I finish Seven Wings to Glory. I have another novel banging around in my head that takes place in New Mexico, and I hope to start working on it after I turn in the sequel.

3. Has your previous book, The Final Salute, found a new audience because of this?

KR: Yes, I’ve heard from readers who’ve read The Final Salute after reading Johnnie Come Lately. The hope is always that new readers of your second book will fall in love with your writing and want to explore your previous work. Although my first two novels are very different in scope and style, they each contain elements of the military and family dynamics. The first two stories I sold to Family Circle Magazine dealt with the military and family relationships.

4. Knowing what you do now, what would you have done differently if you could?

KR: If I could go back in time and talk to my younger self, I would tell her to be proud of every writing accomplishment no matter how big or small. Despite some amazing publishing successes, I have a tendency to diminish each one. For years, I would tell my husband, “If only I could sale a story to a national magazine, then I’ll be happy. If only I could get my first novel published by a traditional publisher, then I’ll be happy. If only I could find a literary agent…” The list goes on and on. At fifty-seven, I’m learning that happiness must first come from the work itself. The most meaningful part of the author journey for me is when I have a breakthrough in a scene or when a character says something that makes me laugh or cry. Those are the moments that propel me to keep moving forward. Book signings, speaking engagements, stellar reviews, and bestseller lists will come and go, but the writing process is where we writers can truly find joy for our souls.

5. Do you spend any time in shorter form fiction and essays these days?

KR: Once in a while, I’ll write an essay or a poem, but mostly I’m trying to concentrate on writing novels. I still blog occasionally, but my blog is primarily another avenue to promote myself and other writers.

6. Do you workshop your writing anywhere?

KR: For many years, I attended writing workshops and took classes. In 2007, I enrolled in a yearlong novel writing program at Southern Methodist University in Dallas. That’s where Johnnie took her first tentative breath. In 2008, I joined The Writers Garrett in Dallas, and I faithfully attended Saturday critique group (Stone Soup) twice a month for several years. I found the feedback so helpful. Today, I mostly show my work to a few beta readers and my agent.

7. Any insights on how it is to work with an agent in the creative process?

KR: I’ve had two literary agents in my writing career. My first agent was a lovely gentleman based in Manhattan, but he dropped all of his fiction authors in the mid nineties to concentrate on his stable of nonfiction writers. I went without an agent for years. In 2013, four months after I completed Johnnie and 150 queries later, I signed a contract with Jeanie Loiacono, President of Loiacono Literary Agency. For years I’d hungered for the kind of relationship that legendary author Eudora Welty enjoyed with her agent, Diarmuid Russell (Author & Agent by Michael Kreyling). When Jeanie and I met for the first time, I knew we were a good fit.

Because she is based in the Dallas/Fort Worth area where I live, we are able to meet in person occasionally to discuss my work in progress or the promotional efforts for Johnnie and the 2nd edition of The Final Salute (Deer Hawk Publications). Although my husband now serves as my first reader and listener (he doesn’t suffer fools), it’s gratifying to have an agent you can brainstorm with. In the early stages of the sequel, Jeanie would listen patiently then give me an attagirl or offer suggestions. In November 2015, Camel Press offered me a contract for the sequel, based on the first 100 pages of the manuscript. The sequel is due July 1, 2016. It’s a relief to know I have a home for my work, but the pressure is on to turn in an entertaining story that I hope is even better than my first two novels.

8. Describe how you came to create Johnnie Kitchen?

KR: Johnnie first expressed herself to me in first person through letters and journal entries. It took me a while to realize that she’d been a closet writer since she was a little girl scribbling in diaries and notebooks. Through her voice, I learned to trust her to help me tell the story of a vibrant middle-aged woman who is discovering herself and knocking down “locked doors of the heart” years after a tragedy stunned her family to silence. Much of the novel has to do with family secrets. It was fun to see Johnnie get a letter to the editor published in her local newspaper. In turn, that gave her the courage to submit a short essay to her college literary journal. In the sequel, Johnnie has her own newspaper column called “Dishing It Out With Johnnie Kitchen.” Stay tuned…

9. What inspires you to write?

KR: Something “wakes me up.” That could also read “shakes me up.” Or I want to uncover the truth that others want to keep quiet. I let my characters tell me what they need and want. I try not to get in their way.

10. Do you have a writing routine?

KR: When my children were young, I kept office hours. With little time on my hands, I carved out a writing career. Today, my children are grown and my husband is retired. With so much time on my hands, my biggest challenge is to stay disciplined and believe I still have something to say. But there’s nothing like a looming deadline to keep you in the chair and working on a book. Since I’m writing the sequel under contract, it seems that I’m always working on the new story, even when I’m away from my desk or laptop.

Whether it’s “daydreaming up a scene” or brainstorming the plot, I’m always scribbling notes onto a legal pad or in a journal. Mechanical pencils make it fun, and I love to switch the colors to fit my moods or the season I’m writing about in each scene. I have notes scribbled everywhere, and I’ve been know to scribble in church. I revise as I go. I don’t write with an outline, but I know the ending of my novel and I write towards it. Anytime I start to get frustrated or lose faith in my ability, that tiny but mighty voice inside of me starts singing, “trust the process.”

KR: My process: I imagine that I am each person living inside the story, and I become each character as I write. Physical attributes, body language, and gestures are all important to bring a character to life. But it’s what’s on the inside that makes my characters feel alive to me. What are their secrets? What are they hiding? What are they afraid of? Who is getting in their way? Do they believe in God? Do they have phobias or anxiety attacks? How do they feel about visiting a cemetery after midnight? Are they haunted by past mistakes? Do they hold grudges or are they able to forgive?

Thank you so much, Keith. I enjoyed our chat.

This entry was posted in Author Interviews and tagged Kathleen Rodgers. Bookmark the permalink.