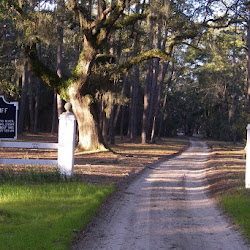 Fenton Hall, the eldest of our soldiers from Diamond Hill and the husband of the eldest Boyd sister — Mary Jane — was killed July 10, 1863 in a skirmish at Willtown Bluff near Charleston, South Carolina. Company G – along with Companies B and D – had acted as support for the Washington Artillery. There the artillery engaged an armed Federal steamer, the John Adams, and two smaller boats, the transport Enoch Dean and the tug Governor Milton. They sank the Governor Milton in the battle.19

On the afternoon of July 9, 1863, two hundred-fifty black soldiers with the First South Carolina U. S. Troops departed on the three boats: the John Adams – an armed ferry boat steamer carrying two Parrott guns, a twenty pounder and a ten pounder along with two howitzers; the Enoch Dean – a transport with one ten pound Parrott gun and a small howitzer; and the Governor Milton – a tugboat armed with two twelve pound Armstrong guns. They were headed up the South Edisto River, then also known as the Pon Pon River, with the goal of burning a rail road bridge about thirty miles up the river. They travelled under a dense fog which made their journey difficult, but also shielded their movements from the Confederate pickets set up along the river. About four o’clock a.m. they anchored at Willtown Bluff near the Morris Plantation. There they found the bluff defended only by the Chestnut Artillery and a handful of cavalry. The Confederate guards spotted the encroaching federals at sunrise and engaged them. The outnumbered battery commanded by Lt. Thomas White was soon forced to retreat leaving the bluff to the Union troops.20

Col. Hugh Kerr Aiken ordered 50 of his Sixth South Carolina Cavalry to support the force at Willtown Bluff under Lt. Col. L. P. Miller. The remainder followed under Maj. Thomas Ferguson. Aiken deployed his entire force against the Yankees on Willtown Bluff where they skirmished throughout the day. When the tide became high enough for the John Adams to proceed, it was ordered forward. However it ran aground on its first attempt, becoming hopelessly stuck. The Milton and the Dean were able to press on without the Adams. Further upstream, the Chestnut Artillery under Lt. Thomas White had reformed near the Barnwell Plantation and subjected the Dean to a heavy fire. The guns of the two boats finally driving White’s battery back. The Dean kept running aground, but managed to push up the river until it finally became stuck about two miles short of the bridge they wished to destroy. The Milton was ordered to continue without them.21
At a point opposite Dr. Joseph Edward Glover’s plantation, about a quarter mile from the bridge, the Milton encountered a battery of Walter’s Light Battery which was part of the Washington Light Artillery under the command of Lt. Samuel Gilman Horsey. The battery subjected it to a furious fire and disabled the engine of the Milton. The Milton – now 30 miles upstream from the mouth – attempted to float back down river to safety. At this point Col. Aiken ordered the Marion Artillery to reinforce White at Gibbe’s Plantation where they attacked the Dean and the Milton as they moved back down river. Under fire, the Milton again ran aground. The Adams had managed to dislodge and was now moving freely again. The Dean had worked its way back down to Willtown Bluff to attempt to pick up the federal infantry there. The Adams moved upstream to the aid of the Milton, but was unable to free it. Subsequently the Milton was abandoned and set afire to prevent the Confederates from capturing it. At sunset Col. Aiken ordered the Sixth S.C. Cavalry to move on Willtown Bluff to find it abandoned by the enemy. A section of the Sixth pursued the federals downstream with part of the Chestnut Light Artillery to a point below Morris’s Mill, but to little effect.22

All Confederate records had listed Fenton Hall as having been captured, but no record could be located of his being taken prisoner or his body being recovered. It is likely that he was mortally wounded and died in the hands of the federal army. Also, being captured by an enemy who was under heavy fire and in the process of withdrawing, it is entirely possible that the federals were in no mood to deal with handling prisoners and simply shot him. In any event, his remains probably rest in an unmarked grave – quite likely a mass grave at that – like so many of his brothers in arms.

Fenton was the eldest of our letter writers having perished in the defense of his courtry at the ripe old age of twenty-nine. Alas the man who exuded such warmth in his letters to Mary Jane and often lamented that his greatest desire was to return home, would never see Diamond Hill again. His family would not know his ultimate fate. On Oct. 23, 1917 at the age of eighty-five, Mary Jane Boyd Hall would state in a Confederate widow’s pension application that Fenton “was captured and never heard of any mor.”