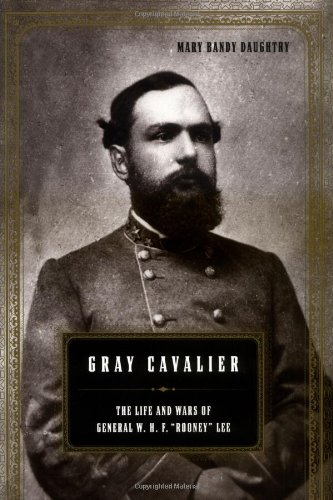 In Gray Cavalier Mary Daughtry covers the life a very important Confederate general whose life over-shadowed by his more famous father. William Henry Fitzhugh Lee was the second son of General Robert E. Lee. His father nicknamed him “Rooney” as a child and the moniker stuck for life. Unlike his father and older brother, Rooney was not a West Pointer. Rather he was one of the handful of Harvard men in the Confederate army. Although largely ignored, the younger Lee was a vital general in the Southern cavalry and any student of Confederate history stands to learn much from this well done biography.

Something else rather unexpected occurs in this book. The reader is shown an entirely new dimension of Robert E. Lee. We are used to hearing about his generalship and his lessons on duty and honor. What Daughtry shows us is Robert E. Lee the father and family man. You realize the family issues that weighed on his mind as he made some of the most monumental decisions in the history of this nation.

Gray Cavalier is a thoroughly researched and very well written work. It deserves a place on the bookshelf of any aficionado of Southern history.