A Company of Officers – My Latest Article in Gettysburg Magazine

I just got my copy of the latest Gettysburg Magazine, Issue 55, which contains my latest article, “A Company of Officers Commanded by a Cook.”  This is an interesting incident that happened in Northern Virginia during the retreat from Gettysburg and illustrates how seriously many commanders took Gen. Robert E. Lee’s General Order 73 prohibiting the violation of private property in the north. 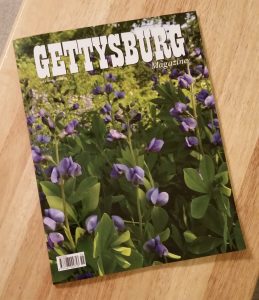 As a result of fence rails being stolen from a farm the Third South Carolina Infantry was camped near, Col. James Nance placed nearly all of his company commanders under arrest, including his own brother. They were forced to march at the rear of the regiment to the jeers of other soldiers, teamsters and laborers they passed. To compound their shame, Capt. John Nance’s cook was detailed to call cadence and convey orders to this group of captains and lieutenants. The piece is titled “A Company of Officers Commanded by a Cook.”

My previous piece “Angel of the Wheatfield” was published in Gettysburg Magazine Issue #52 in January, 2015.

This entry was posted in Short Story. Bookmark the permalink.