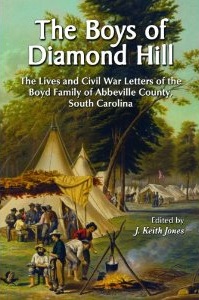 May 13, 1862; Daniel Boyd wrote his father from the hospital in Manchester, Virginia. He was sick as had been a number of members of the Seventh South Carolina. Brother Pressley had seen their eldest brother William of the First South Carolina Rifles as they passed through Petersburg. He noted of a significant amount of dissent in the Seventh S.C. and expressed the desire to transfer. There is also discussion of the Battle of Williamsburg which kicked off the Peninsula Campaign.