Review of The Real Wizard of Oz by Rebecca Loncraine The Real Wizard of Oz
By Rebecca Loncraine
Reviewed by J. Keith Jones

Think you know everything about L. Frank Baum and The Wizard of Oz? Well, this book pulls back the curtain from the creator of The Wizard of Oz much the way that Toto did from the Wizard in the movie, revealing him as a “humbug.” Well, Baum was no “humbug,” but he was many things you likely did not know. For one thing, he was the son-in-law of one of the women most active in the women’s suffrage movement and was almost as active in the movement as his mother-in-law. He also eschewed traditional religion, instead he was deeply involved in spiritualism and other occult practices. 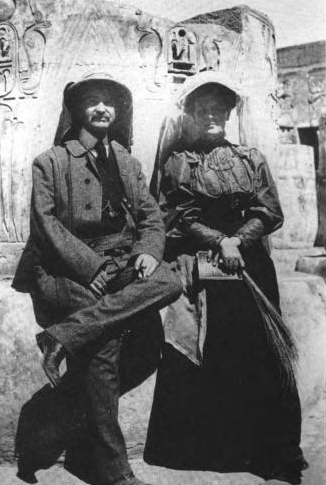 Throughout the book, Loncraine illustrates various life experiences that will show up later in Baum’s books. You see the influence of Baum’s time living on the plains of South Dakota. Much has been made about some newspaper editorials Baum wrote proposing genocide of the plains Indians, however; other writings show how deeply conflicted he was on the issue. On one hand, Baum was quite sympathetic for the plight of native tribes, but on the other, he would speak out of the same fear other settlers felt due to frontier attacks which were happening outside the cities, like his home in Aberdeen.

Ultimately Baum would give up on the mid-western plains experience and spend much of his life living in Chicago. There he would write many of his Oz books, and there would be many. Most people only know about the one from which the movie was produced, but Baum ended up writing far more Oz books with fresh new characters than he ever intended. The truth was that Baum would become bored with writing about Oz from time to time and pledge that the one he was working on would be his last. When his other books proved to be far less popular, he reconsidered and another Oz book was in the offing.

Toward the end of his life, Baum moved to Hollywood in the early days of the film industry and in fact established his own movie studio to produce movies about Oz. While Baum was a fine writer, he was a poor businessman and his movie business was largely unsuccessful, like his other businesses. Baum also went through money faster than he could make it, which played a role in forcing him – over and over – to write that next Oz book, almost against his will.

The original illustrator of the Oz books, William W. Denslow makes another interesting side story. Denslow’s iconic images played a key role in establishing the Oz franchise, but he always seemed to get the short end of the stick in the financial arrangements of the Oz world. He and Baum finally fell out over this causing Denslow to part ways with Baum. Eventually the two men were not even on speaking terms. Denslow had done well enough through the years, however; that he was able to buy a small island off the shore of Bermuda, which he declared to be the nation of Denslow Island and crowned himself King Denslow the first.

Baum died in 1919 at the age of 62, but Mrs. Baum, whom he always considered his intellectual equal, lived until 1953, having seen her husbands magnum opus receive the big screen treatment. Among the great pictures illustrating the book is one of Maude Baum posing for a publicity photo with Judy Garland as they perused an original copy of the Wizard of Oz. The Real Wizard of Oz is an entertaining and enlightening read well worth your time.

This entry was posted in Book Reviews and tagged l frank baum, rebecca loncraine, wizard of oz. Bookmark the permalink.