My Heritage in Hollywood Cemetery – Part 1 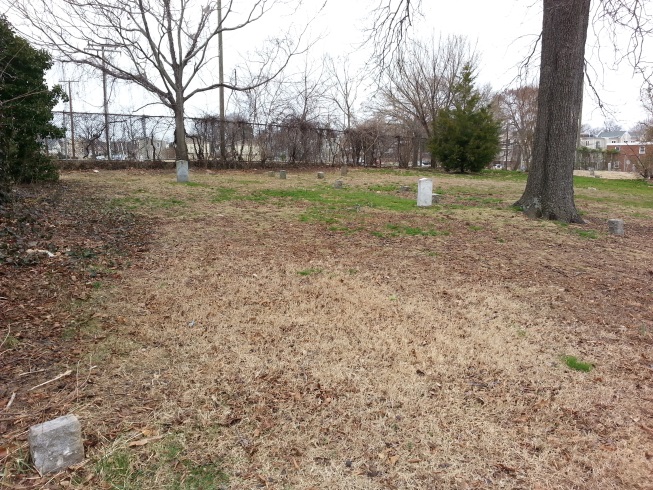 On my recent trip to Richmond, Virginia, I finally had a chance to hunt down the graves of my family members buried there. I had been there once before, but that time I didn’t have much time and had not chased down the plot numbers. I have two of my great great uncles buried there and one 3x great uncle from a different line who was buried there for seven months before my great great grandfather took his remains home to South Carolina. James V. Jones, Jr. was the Color Sergeant for the Second South Carolina Rifles. While bearing the flag across the field at Frazier’s Farm on June 30, 1862, James was struck in the ankle. According to “Traditions and History of Anderson County” by Louise Ayer Vandiver, James and his life long best friend, T. H. Williams (I have not been able to figure out from the records exactly who this was), had quarreled some months before and not spoken since. As James faltered under his wound:

“Williams saw one of the color bearers reel; without hesitation he sprang forward and seized the flag, and upholding its bearer, fought his way to a place of safety.  Weak from wounds that he himself had received, he dropped his burden and looked for the first time at the face that had been resting on his shoulder… Jones raised his weak hand which was taken by his former playmate.  The sorely wounded man was taken to a hospital where his early friend remained beside him until the end…”

The end came July 15, 1862.  The 21 year old soldier would be buried there at Hollywood Cemetery and would remain until 9:00 am March 17, 1863 when his brother (my great great grandfather) Lt. William Jones would, with the assistance of a man named A. C. Moore he had hired for $40, “take up” James, repack and deliver him to the Petersburg Depot.  It was on this ground that William spoke of when he later wrote these words in his diary:

As this post has grown longer than I expected, I will continue in part 2 about my great great uncles, John Christopher Hudson and Thomas Jefferson Hudson of the 15th Georgia whose remains rest there today in currently unmarked plots.

One Response to My Heritage in Hollywood Cemetery – Part 1