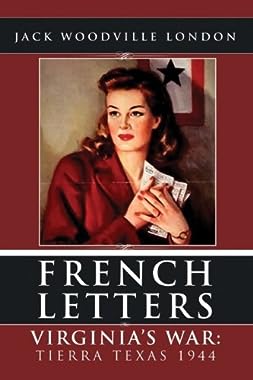 In this, the first book in Jack Woodville London’s French Letters series, you will see how literary fiction is done. This book reminds me a bit of “Home Fires Burning” by Bob Inman. From this book it is easy to see why London was named writer of the year by the Military Writer’s Society of America.

This book follows the intertwined lives of the residents of Tierra, Texas while their young men are off fighting World War II. From the young boys, to an able bodied young man whose influential father has tricked the system into keeping him out of the war, to a pregnant young woman whose man is in the army, their lives are all connected. London’s prose is smooth and his character development is strong. The writing is so good that you are identifying with the characters before you realize it… even the ones you don’t like.

This is the first of London’s books I have read, but it will not be the last. Check it out, you’ll be a fan before you realize it.