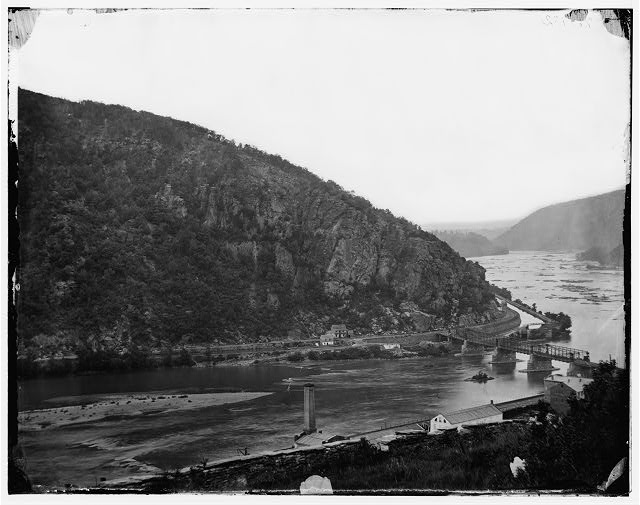 Early the morning of September 13th, Kershaw’s and Barksdale’s Brigades set out to take Maryland Heights against 1,600 mostly green Yankee troops under the command of Colonel Thomas H. Ford, who formed up in line of battle a quarter mile in the front of the veteran Confederate troops.  Captain Henry King, the aide de camp to Gen. Layfayette McLaws reported that the horses were sent to the valley because the terrain was too rough for riding.  The “long roll” roused the troops at seven a.m. and Colonel David Wyatt Aiken and the Seventh South Carolina attacked at 7:50.  After 15 minutes of rapid firing “he drove the enemy, his men crossing the abattis beyond, near the point of the Mt. which was also protected to entrenchments.”  Colonel Henagan with the 8th South Carolina and General Barksdale’s Mississippians respectively to the right and left both went against the enemy with little success.  Then Aiken and the 7th were sent in again at about 9:45 a.m. and “Then began a terrible engagement of small arms.  Aiken held his position, losing many men, but could not take the entrenchments beyond the abattis…”

The federal troops were driven back.  This turned into a full rout when Colonel Eliakim Sherrill of the 126th New York fell with a horrible facial wound.  With no reinforcements coming, Col. Ford was forced to evacuate his forces from the mountain to Harper’s Ferry below.  At some time during this action Pressley Boyd was killed.  Now Robert Boyd had lost two of his five sons.

Daniel Boyd wrote his father the news on October 3, 1862 and described his brother’s passing saying Pressley, “was shot through the head with a rifle ball and was buried on the Blue ridg mountain, I helpt bury him… Daniel said that out of their company (D) “Pressley was the only one kild on that day.”

Nominated for Best History book of 2012 by the Military Writers Society of America.